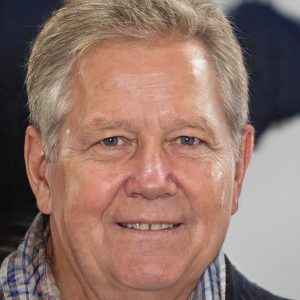 If you’ve ever had a delicious steak, you’ve probably seen the red juice that leaks out. Look no farther if you’re curious about the crimson juice in steak. To learn everything there is to know about the red in steak, commonly referred to as a “bloody steak,” read this article.

Have you ever been cooking steak when it begins to appear as though it is seeping blood?

The sight of the red fluid in steak can deter many of us from eating it because the idea of eating raw flesh is really unsettling. Well, don’t worry. The flavour of a steak comes from that red, which is also safe for consumption.

What is the Red Juice in Steak?

The red liquid you see is just water mixed with a protein called myoglobin. When it is exposed to oxygen, the iron in this protein turns red. This is similar to hemoglobin in our bodies. Let’s look at some of the interesting properties that myoglobin has.

A combination of iron-binding and oxygen-binding proteins makes up the structure of sub-units of myoglobin. Myoglobin is evident in meat’s red color. Myoglobin is more abundant in darker red pigments.

Myoglobin levels in beef are higher than those of chicken. This protein is also found in pork and lamb, which are both mid-range. Myoglobin levels will be higher in older animals (e.g. pigs and cows) than they are in younger animals. Myoglobin is more common in mammals. Their meat is commonly referred to as “red meat”.

Your red steak will turn brown if left in the refrigerator for too long. Myoglobin’s chemical structure is subject to change over time. This causes the color change. However, this does not necessarily mean that the steak has gone bad. It is better to smell the meat than judge it by its color.

We all know that well-done steaks don’t look as brown as medium-rare and rare steaks. The reason for this difference is that myoglobin darkens if it is heated for a long time. A well-done steak will also turn a little grayer due to a reduced myoglobin.

Do Rare Steaks have Blood in Them?

People often believe rare steaks contain blood because of the presence of red liquid in the steak. This myth is just one more. The red juice is actually myoglobin.

Even if the steak looks bloody, the rarest steak that you can buy at a restaurant or grillhouse will not have any blood. You can leave your steak to rest for a few minutes after it has been cooked if you don’t want any red liquid. The concentrated red liquid will be distributed throughout the meat if you allow it to rest for a longer time.

Next time, don’t be afraid to order a medium-rare steak or a rare steak because it looks like a bloody steak. A steak containing red liquid is safe to eat. Steak purists will not be impressed if you order a well done steak from a steakhouse. Enjoy the succulent and juicy flavors of a well-done steak.

Are Medium-Rare or Rare Steaks Healthier than Well-Done Steaks?

After proving that the red liquid seeping from your steak is safe, we may move on to dispelling some common misconceptions about it.

If you consume meat, you’ve probably heard the adage that rare or medium-rare steaks are better for you than well-done steaks. People contend that myoglobin content should be higher since it is better.

This notion is a common misconception because the richness of the essential nutrients remains constant regardless of cooking duration. A well-done or rare steak has the same amounts of iron, zinc, and protein. Don’t let yourself get caught up in passing up healthy options. Choose the level of doneness instead based on your preferences. If you are pregnant, it’s best you avoid eating rare/blue steaks.

Choosing The Right Wood For Your BBQ

While you may think that you can use any type of wood for your BBQ charcoal, this just isn’t the case. Choosing the wrong wood

What Exactly is BBQ? Let’s Break It Down

Simply put, Smoke cooking. Here’s an attempt to group the many definitions and uses of barbecue in a more meaningful, historical, multicultural, inclusive way than

What Does The Word BBQ Come From?

How to Thaw Frozen Steak Fast in Australia

There is nothing worse then coming home from a long day at work and craving a juicy steak, only to find that your steaks are

How much protein in a 100 gram steak

The amount of protein in a 100-gram (3.5-ounce) steak can vary depending on the cut of the meat. In general, red meat is a rich

How to Cook the Perfect Medium Rare Steak

A fine steak should only be cooked to medium rare, according to a well-known proverb that has been passed down through generations of meat eaters.